We are still open for Pick-Up and Home Delivery! Visit the site today. 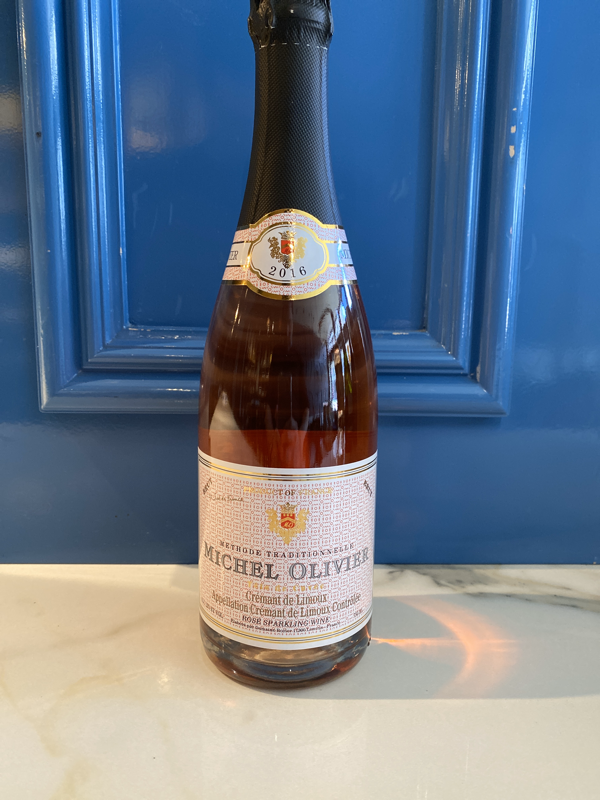 As seen on TV! A great French sparkler for a fraction of what you would pay for Champagne. Super Value!. 70% Chardonnay, 20% Chenin Blanc, 10% Pinot Noir.

A Little History -If you believe the local history scholars and the excavator of old legends, the Cremant de Limoux is probably one of the oldest known sparkling wines. It has been established that the monks of St. Hilaire, a village near Limoux, France produced a sparkling Limoux renown in the region as early as 1531. A document dated in 1774 attests that the Cremant de Limoux had become renown throughout France. The decree of February 18th, 1938 recognizes the Cremant de Limoux as an Appellation d'Origine Controlee, and that it is currently classed in the group of the best French sparkling wines. In 1531, about 150 years before the Champagne region first produced champagne, the monks of St. Hilaire near Limoux who had been cultivating the Mauzac grape (Blanquette), discovered natural sparkling wine, making it the Oldest Brut in the World!. Michel Olivier Brut is produced in the wine region of Limoux, France situated in the hills of western Languedoc. Three varieties of grapes: Chardonnay 70%, Chenin Blanc 20%, and Pinot Noir 10% are used for the elaboration of this Cremant de Limoux. This high quality sparkling wine is the product of traditional farming methods, carefully chosen grapes grown on 65 hectares (160 acres) of appellation d'Origine Controlee vineyards, and the skilled practice of the ‘Methode Traditionnelle'.