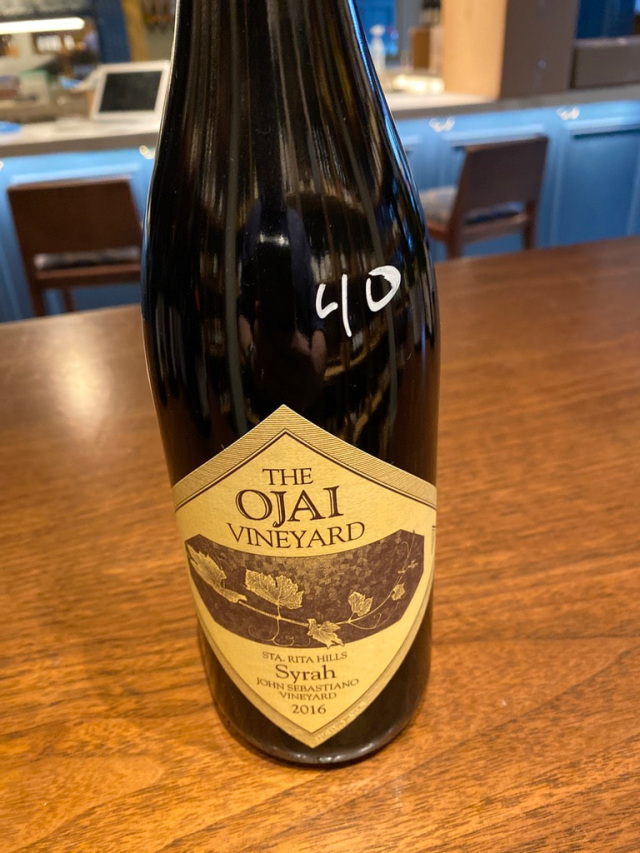 "A head-turner that would stand up easily in a blind flight of top Côte Rôties, the 2016 Syrah John Sebastiano Vineyard boasts a ruby/purple hue as well as perfumed notes of black raspberries, violets, flowery incense, and cedar. Medium-bodied, utterly seamless, and beautifully balanced, it’s a knockout bottle of Syrah from a great vineyard and great winemaking team! It will keep for at least a decade." - 94 Points, JD

John Sebastiano is a wild vineyard for Rhone varietals. The vineyard is planted on a promontory of a hill on the eastern edge of Sta. Rita Hills, vertically presented to the fierce and cool westerly winds coming off the Pacific Ocean. Our acreage is on steep South facing slopes. The vines grow in the renowned Linne soils, which are limestone-rich soils that are coveted for the lift they endow to Rhone varietals in California.

John Sebastiano always flows with a silky seamlessness that can be surprising if you’re used to drinking Syrah and expecting grit and burliness. Adam has theorized that the gentle tannins of this wine might be thanks to tight row spacing and high canopies, which keep these clusters in a mottled kind of light. Perhaps the chalky soils help keep Syrah buoyant here? We only know that Syrah is terrific here, showing easy-to-love textures combined with head candy aromatics.

This wine is always laced with exotic fragrances—smoky incense, coffee, cigars and peppercorn. In this 2016 bottling, the bit of whole cluster expresses itself with a little juniper-like greenery that plays up the wildness. That’s echoed on the palate, where the wine plunges into dark plummy and blackberry flavors wrapped in tobacco and punctuated with earthy pepper and mocha notes. It closes out late, both savory and mouthwatering, and finishes suave. This Syrah will, however, begin to show more structure as the wine’s baby fat melts away. We saw that with the 2013, which brought even more grace and balance to the wine; we expect the same for this 2016.